Fact: the WTA is my fashion hell.

Please tell me this was not made from her wedding dress?

Bethanie Mattek-Sands lost to Nadia Petrova, 63 36 63, though her victor was just as fashionistically-challenged as her. Whoever’s designing Nad’s dress clearly wasn’t fired after Wimbledon.

It’s Sharapova v Petrova next round: will Maria score another inspired victory? Or will Nadia find her marbles in lost property and pull off a win? 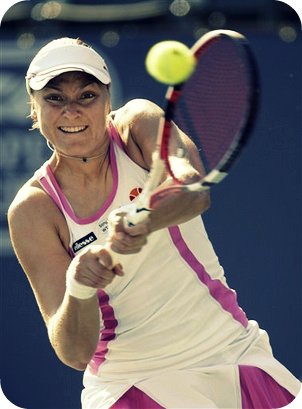 Things aren’t going much better ftennis-wise over at the Istanbul 😛 players party, where it became clear that foot-tan was much needed, along with a comb for poor old Patty.

And yeah that’s right, organisers, put the ones who didn’t read the dress code in the middle. 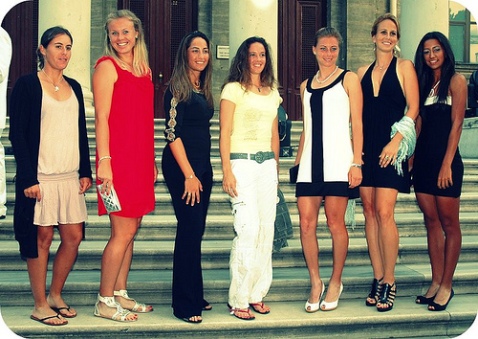 4 responses to “Fashion Faux Pas Picspam: Can we get Trinny & Susannah here ASAP?”