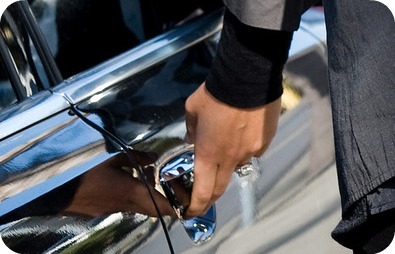 MASHA and SASHA, sittin’ in a TREE!

Assuming you don’t live under a large, comfy rock, you probably would’ve heard that Maria Sharapova has been wooed into an engagement by Sasha Vujacic.

Yes. Being Australian and having never watched a basketball game in my life, I actually had to check the spelling of his name.

TMZ broke the news, reporting the involvement of an engagement rock as big as the silent ‘O!’ my mouth formed upon hearing the news. A fine way for Mr Vujacic to say: “I wuv you dis much, Maria.”

I’m surprised at how shocked I was over the engagement. A part of me had always assumed that Maria Sharapova was an ambitious ‘career woman’, and would leave marriage til after her career, at the very least. It also never entered my head that perhaps I had been pigeonholing young women into neat categories – the career-minded single ladies who scoff the idea of marriage in their 20s, family-oriented women who strive for perfect suburban lives, women who want that dream job and women who want that dream family. Perhaps somewhere along the line, I slotted Maria Sharapova into the category of ‘Ambitious-Tennis-Diva-Out-To-Milk-It-For-All-It’s-Worth’.

And that of course was terribly shallow and sexist of me. To assume that we can ever pack the myriad of human wants and desires, dreams and ambitions into neat, tidy categories was a rather stupid display of stereotyped thinking.

Similarly, if you’re thinking that this piece of personal happiness is going to somehow affect Sharapova’s career, that she’s going to give up on a sport she’s pursued all her life (when a bum shoulder couldn’t deter her from her career aspirations); if you’re sitting there imagining that Sharapova would just ride off into the sunset with her jumbo-sized husband and jumb0-sized rock to make jumbo-sized bébés –

You’re probably being litt’le shallow and sexist too.

So congratulations Maria Sharapova, that is a FIIIINE piece of hard crystalline carbon you got on your finger. All the best.

8 responses to “Picspam: the I-Love-You-DIS-Much Rock.”