It was 3:30AM on a Monday morning in Australia when I screamed “YES! YES! YES!” so loudly at my TV that dogs started howling into the night sky in celebration. My poor housemates woke up and found me in foetal position on the living room floor, laughing-crying-cheering-tweeting all at once.

Can you really blame me for being gripped by a moment of insanity and waking up every single living creature within a 10km radius?

Think back to New York last year, when Federer lost yet another frustrating lead and match points to Djokovic, and the atmosphere in tennis world was one of despondency and schadenfreude.

Think back to Wimbledon for the past 2 years, when the same fast-paced, unpredictable surface inspired Berdych and Tsonga to question what has generally been accepted as universal truth – Roger Federer in a Wimbledon final.

And need I recount the countless times in the past 3 years when commentators have suggested that the beginning of the end is near, that Federer has lost his competitive edge, that his game has become out-dated, passive and unsustainable against younger opponents in their primes?

Grand slams might not flow as they used to for Roger Federer, but every win has become sweeter because of the intermittent struggles and rollercoaster ride, and every title a more emphatic defiance of the passage of time.

Yet it was surrender and not defiance that seemed to be the overwhelming theme of the day from the outset from the match. Murray dominated early on, breaking Federer twice in the first set, and holding breakpoints at 2-3 in the second.

Federer was full of errors, and much of his idiotic decision making on court resurfaced for periods in the first two sets. But some of that at least can be credited towards the way Murray was controlling the rallies and dominating on serve, not allowing Federer to play the brand of quick strike tennis he wants to play. For us poor Federer fans, those were some truly nervous wracking, Federbear stabbing, hair balding moments. 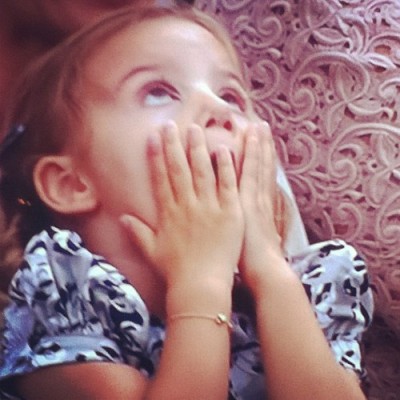 Yet all of a sudden, despite Federer going under immense pressure in the second set, the tide turned. At 6-5 30-all, Federer got his reward for hanging tough with Murray: Federer would find two drop volleys on consecutive points to break Toothface for the set.

Rain came early in the third, as Wimbledon officials debated about – ohidunno – whether they should use a roof they spent millions on. I remember texting @LJology at this point that the rain delay may just halt Roger’s momentum from winning the second set.

I need not have worried, because when Federer and Murray came out of the rain delay, several things happened:

* Federer started to hit over Murray’s second serves to his backhand rather than slicing those returns weakly back at Murray. At first, he missed. Then he stopped missing and started converting.

* Murray started to miss more first serves as the match went on and his early ‘colm’ and energy slowly sapped away.

* Look! Look! OhMyFuckingGodderer is here! Federer’s all court game was better than it had been for a long time. Typically a lazy volleyer, Wogie won a total of 53 out of 68 points at the net (78%), as Murray struggled to pass him.

The combination of all of above resulted in a spectacular 20 minute game on Murray’s serve in the third set, one that would lead to the crucial break for Federer. From then on, it was always going to be unlikely for Murray to come back.

Post match, Roger talked about learning from past experiences and trying to avoid being too passive in big matches. It certainly showed.

This year I guess I decided in the bigger matches to take it more to my opponent instead of waiting a bit more for the mistakes.  This is I guess how you want to win Wimbledon, is by going after your shots, believing you can do it, and that’s what I was able to do today.

HALLELUJAH. So he does read the wise fellas on my Twitter feed. 😉

Media coverage of Federer’s triumphs these days tend to read like basic accounting: 1, 7, 17, 286. All these numbers mean something individually, but together they all mean the same thing: consistency, resilience, a certain kind of timelessness unheard of in professional sport –  possibly the most time-sensitive career choice in the world.

As for Murray, as he said himself post-match: he’s getting closer. But ‘closer’ isn’t enough to win slams. Let’s stop with this “you’re too good of a player not to win a slam” business. Let’s not dish out consolation candies by telling Andy we’ll support him for the Olympics; and while we’re at it – how about we all stop calling Murray “Poor Andy” as a nickname. It’s patronising and it’s unnecessary.

Like Roddick’s career collision with Federer’s period of dominance, Murray’s career ran into the trifecta of Federer, Djokovic and Nadal. It will be up to him to work out how to break the Top 3’s grip on the grand slams. And as cruel as this may sound so soon after the final – you only have a finite number of chances to win a slam. While I don’t think for one minute that Murray has used up all his chances yet, I do think the scales of probabilities are now starting to tip the other way. 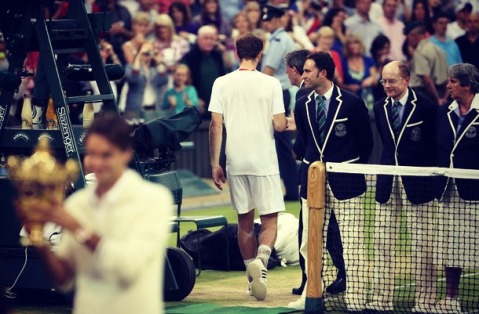 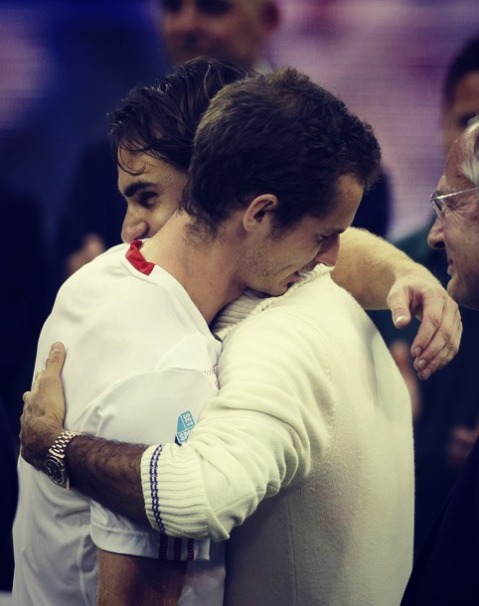 Federer had some insights on this after the match yesterday, as he mused on his own struggles in the last 2 years.

I think it was a time where I just had to believe that things were going to turn around for me, and not just naturally, but work at something.

Belief and hard work. A formula we could all use, on and off court. 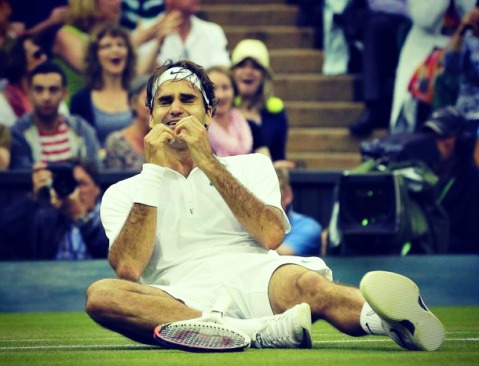 15 responses to “Wimbledon Final Recap: Keep colm and carry on.”