So finally returning to Sydney after 9 years, Wogie Mcfed and his fellow Swissies take on the bright lights of Aussie tennis. The ground is the hallowed grass at Royal Sydney Golf Club. A Club so exclusive that for mere plebeians it probably takes 20+ years just to get on the waiting list.

Luckily due to the current ironic plebeian nature of tennis spectatorship, a bunch of us got to mush the golden paddock beneath our feet and it was glorious.

First up, young Tomic took on a slightly hobbling Ewok. Grass being Ewok’s least favoured surface it was clear that he pretty much just wanted to get out of there. After taking the 1st set, My Friend Stanley promptly rolled over to Tomic’s junk balls and excellent poise in 4 sets, 4-6 6-4 6-3 6-3. 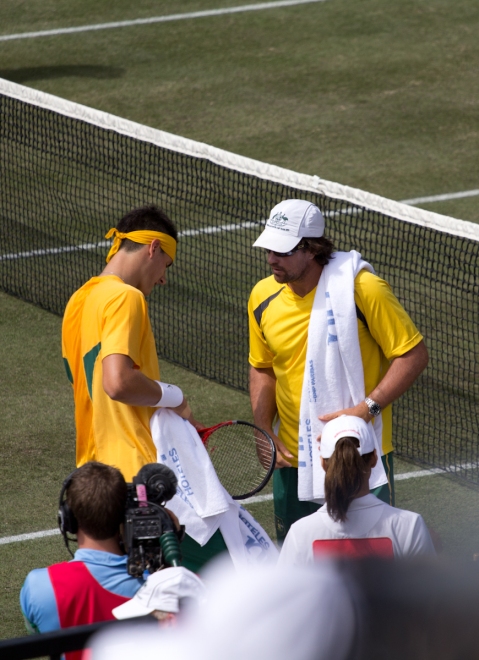 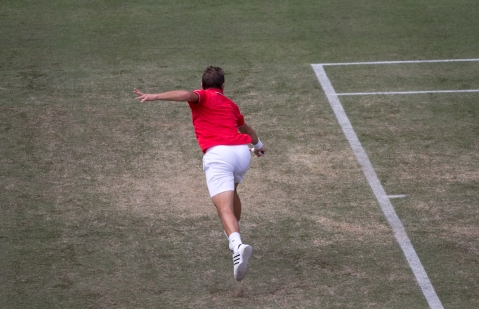 Tomic showed maturity and patience, outlasting Stan the man in most rallies and waiting for his opponent to implode on the rest. Stan looked far from best and he realised that his man, Rog, needed to save the day. 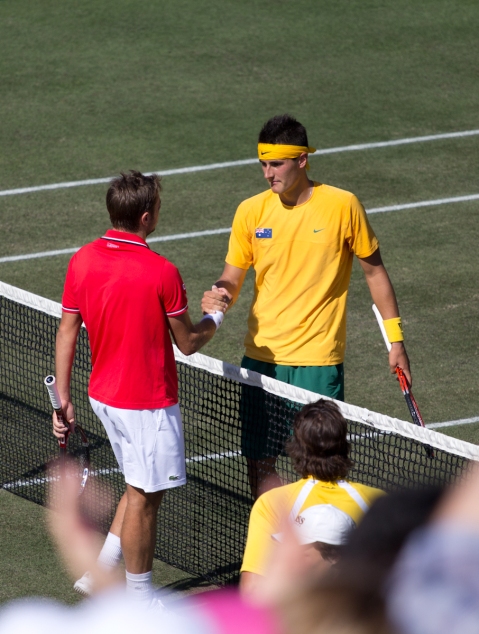 Before Rog took the court, myself and my merry band of Federites tried a bit of stalkage at the walkway to the court. Alas, he kept alluding me, the others may have got better pics, but for me he hid behind bushes and his physio before he miraculously appeared red and ready on court. 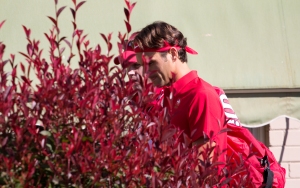 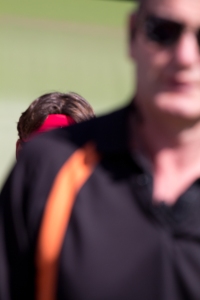 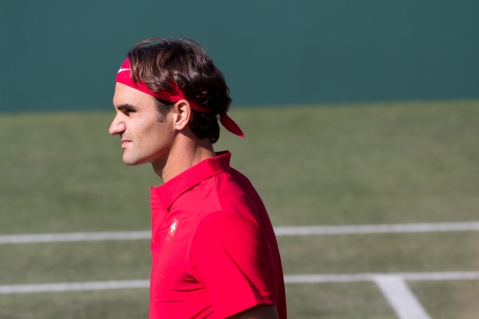 Rog started fast against Hewitt who was having an AWESOME serving day. But once Hewitt adjusted his returns, Rog turned to his furdish ways an couldn’t find a 1st serve and subsequently lost the 1st set 5-7. My entire row of Federites went white as sheets and by the time he went down a break early in the 2nd we were all swearing precociously at him. 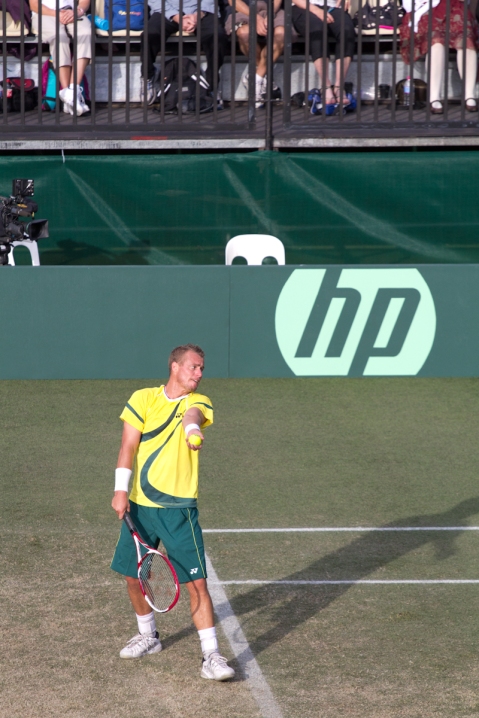 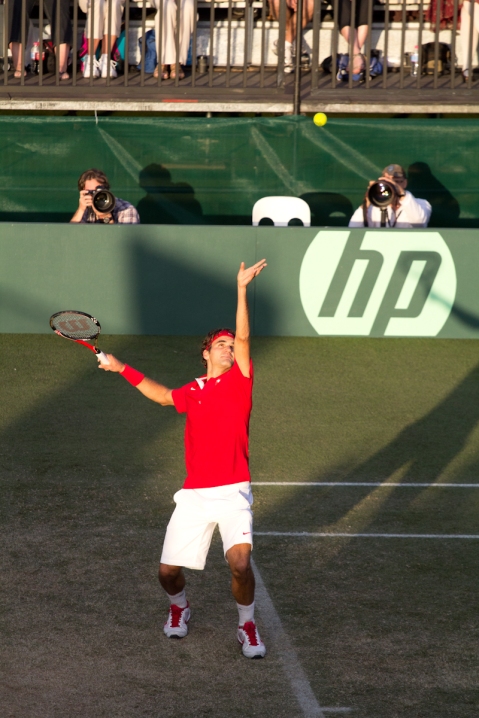 But thankfully, he finally figured out that he was here to play tennis and not just look pretty against the green backdrop. Hewitt fought valiantly but there was a clear night and day between the pace of his strokes and that of his Swiss nemesis. It all ended happily for us 5-7, 7-6 (7-5), 6-2, 6-3 with some insanely high quality stuff in the 3rd and 4th sets. Revenge taken for that epic 5 set loss back in 2003, which in actuality, let’s not forget, started the Reign of Fed the Great. 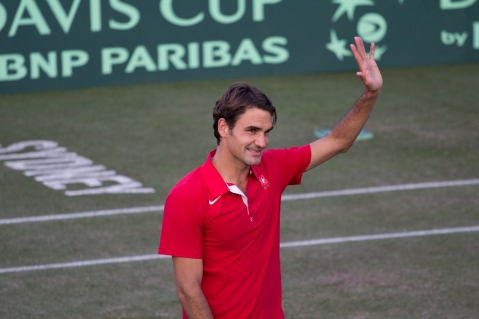 So first day over 1-1, doubles tomorrow, hopefully more Wogie and *finger* crossed Swissies  come out with the win.

Now I’ve see Roger Federer play on grass, I can finally attest to him being an absolute religious experience. For at least 2.5 sets today, anyway 😉 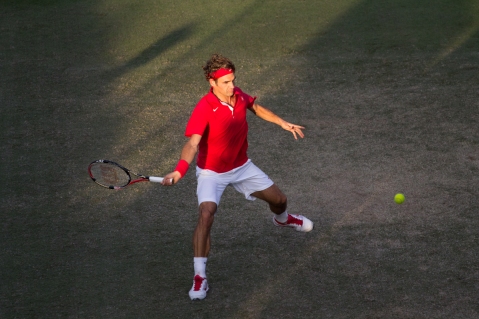 ~photos by moi, the rest are here