Hello to Picket Fence readers! Fence Hijacker PJ here, blogging on the behalf of World Class Traveller Doots. I’m one of the few with the coveted Key to the Fence (MUAHAHHAHHA HEWITTPORN…no, I’m kidding. Really.) and for now, I’m also one of the few bringing you US Open updates, news and bloggage.

Also, I am open to bribes – cash, chocolates, certain pair of Pants, blood, your first-born – if y’all want Federporn.

So! US Open preview. Honestly I just want to type FUCK YOU TENNIS GODS AND THAT IS ALL for the preview, but…hey, let’s make this as proper as possible. 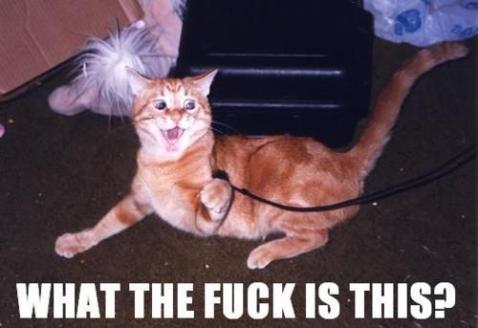 FUCK YOU TENNIS GODS AND THAT IS ALL.

By that, I mean that Roger Federer has landed with a draw that is…kinda shithouse. First round he meets Santiago Giraldo, and then possibly Thomaz Bellucci, and then a third round encounter with tall, lanky big hitters – either Ryan Harrison and his ego (that’s like, two opponents, how fair is that), Marin Cilic or Bernard Tomic. I know Cilic isn’t inspiring lately but he’s one of those floaters that can be very dangerous when he’s on (also, take note that I will kill Roger, kill Tomic and then kill myself should he actually brain-cramp to Tomic in the event they do play each other). Troicki or Worm looms in the fourth round and possibly Kohl-scrubber, who’s no stranger to creating upsets.

Mardy Tuna Fish and Tsonga lurks as potential QF opponents, as well as Nando Baldasco. Let’s hope for Fish and Tsonga to kill themselves in their fourth-round encounter (if they both get there).

And also, he’s in Djokovic’s half BUT WHAT ELSE IS NEW SERIOUSLY.

If he ends up winning this thing – I may actually start believing in the mythical tennis beast called GOAT.

Do people get diabetes from gluten-free diets? You know, when you eat, like, a few platter of iced cupcakes in celebration…

His quarter is full of talented people that can create upsets, but also about 10 times more likely to completely self-destruct on-court – Dolgopolov, Gasquet, Monfils, Berdych. Basically, the quarter of headcases. He meets a qualifier first round, then Pere Riba or Carlos Berlocq, which should be a piece of sweet cupcake for him. Then he gets Crazy Ponytail Dolgopolov…and much as I hope for Dolgo to pull an AO sort of upset and boot him from the tournament…Crazy is probably likely to lose in the first round. *sniffs* Fourth round gives him Reeshie or Dr.Ivo, and then his QF opponent is likely to be Monfils, Berdych or Minion…I mean, Tipsarevic.

I’m honestly just waiting for his opponents to go loco on court to guarantee him a safe passage into the semi-finals. Eargh.

Anyone wants to bet that Rafa and Djokovic went out for cupcakes after Mamma Mia?

To borrow a phrase from Doots’ book – his draw consists of a bunch of people not named Nadal. Easy early-rounds – although one may look for Nicolas Mahut to create the sort of hoo-haa that his buddy John Isner created at Roland Garros – and then either Papa Ljubs or Nalbandian in the third round. Fourth round sees him playing Melzer or Headbanger Youzhny, and then Lord Farquaad Ferrer or Almagro as a potential QF opponent. Possibly the most un-minions of minions but then again…you know what I mean.

Andy Roddick also resides in this quarter…but gone were the days when A-Rod is considered a threat. I may be proven wrong but I’m sadly not holding my breath.

Urm, talk about loaded, I think he has a tough road. First round he plays Somdev Devvarman, and then possibly Winston-Salem semi-finalist Robin Haase (alsoknown as I-took-Nadal-to-five-at-Wimbledon-Haase). Then he plays Feliciano Lopez…I gotta say, it must be tough mentally playing your mother’s love interest – do I kill the guy on court, or do I spare Mummy’s feelings? His conqueror from last year, Ewok Wawrinka lurks in the fourth round in a very tasty match-up. And then he has either Bobby Sod, Comeback Kid Juan Martin Del Potro (whom he also has issues with, if one remembers), John Isner or Gilles Simon as a QF opponent. And oh, also, there’s someone called Rafa Nadal slinking about as well.

No easy path for MAndy either, I’d say.

Soo…in my perfect world? Federer v Nadal in the final with Federer lifting the trophy and numbah seventeen (in comfortable three-sets, none of the whole five-set epic crap). Hey, I’m a citizen of Delusion-Land, whaddaya expect?

As for the women, with defending champion Kim Clijsters unable to defend due to injury…is it a wide-open field? On paper, yes. In my head, I’m more of going along the lines of “Serena’s gonna eat you all for breakfast, lunch, dinner and supper”. Anyway…

Will she be able to get herself unfused from Golf Guy to play tennis and finally win a Slam? Not if Li Na has anything to say about it. Woz’s quarter is filled with people capable of taking her out on their good days – or even their not-so-good days. My adopted-countrywoman Jarka Gajdosova is the first seeded player Woz will play, and a potential 4th round encounter with Daniela Hantuchova or Svetlana Kuznetsova before clashing with Li Na or Andrea Petkovic in a QF match-up.

I have a feeling this Slam may be more about Woz not having a coach/having a mystery coach/having several coaches/whatever is it with the coach and her romance with Golf Guy more than her actually playing tennis and stuff.

As for the semis – Vika Azarenka is hanging around…or more accurately, Serena Williams.

She found herself in the most unenviable position – having Serena in her draw and looking at a collision in the third round. Should she screech her way through that match, she then meets Fistpumpy Ivanovic.

Vika/Serena’s potential QF opponents: Jelena Jankovic, Franny Schiavone, Anastasia Pavlyuchenkova or MJMS (who is back…but probably not with any kind of vengeance).

Shrieky has a particularly easy path to the quarters, methinks, although 3rd round with Flavs Penetta and fourth round with Julia Goerges/Peng Shuai may be a little tricky. She then may meet her Wimbleon conqueror Petra Kvitova, or Wickmayer, or Radwanska for the quarterfinals. Not by any means a tough quarter, and a Kvitova/Shrieky QF match seems more likely than not.

The Hamster, Marion Bartoli, ends up in this quarter, along with Australia’s best hope Sammy Stosur, Sabine Lisicki and Nadia Petrova. Vera should have little trouble in the first two rounds – probably will be tested in the third round, either against Sabine Lisicki or Venus Williams. Dominika Cibulkova possibly awaits in the fourth round, and then a QF against Hamster or Stosur.

SO. THE COUNTDOWN BEGINS.